Back to the blog page

Breaking the Cycle of Inequity: A Q&A with Dr. Joanne Kamens

In this time of learning and greater awareness about the racial divisions in the US, many of our biotech colleagues are asking for ways to improve DEI in their companies. We asked Dr. Joanne Kamens, Executive Director of Addgene, to share her views on why DEI needs to be a priority for everyone, and how companies can take actionable steps to improve DEI in the workplace. Addgene has been named the #1 small company to work for in Massachusetts by The Boston Globe in 2016 and a Top 100 Women Led Company in Massachusetts in 2019. Under her leadership, Addgene increased diversity 3-6X in multiple categories. Dr. Kamens is also the founder of Association for Women in Science-Massachusetts and a well known advocate for DEI in science. 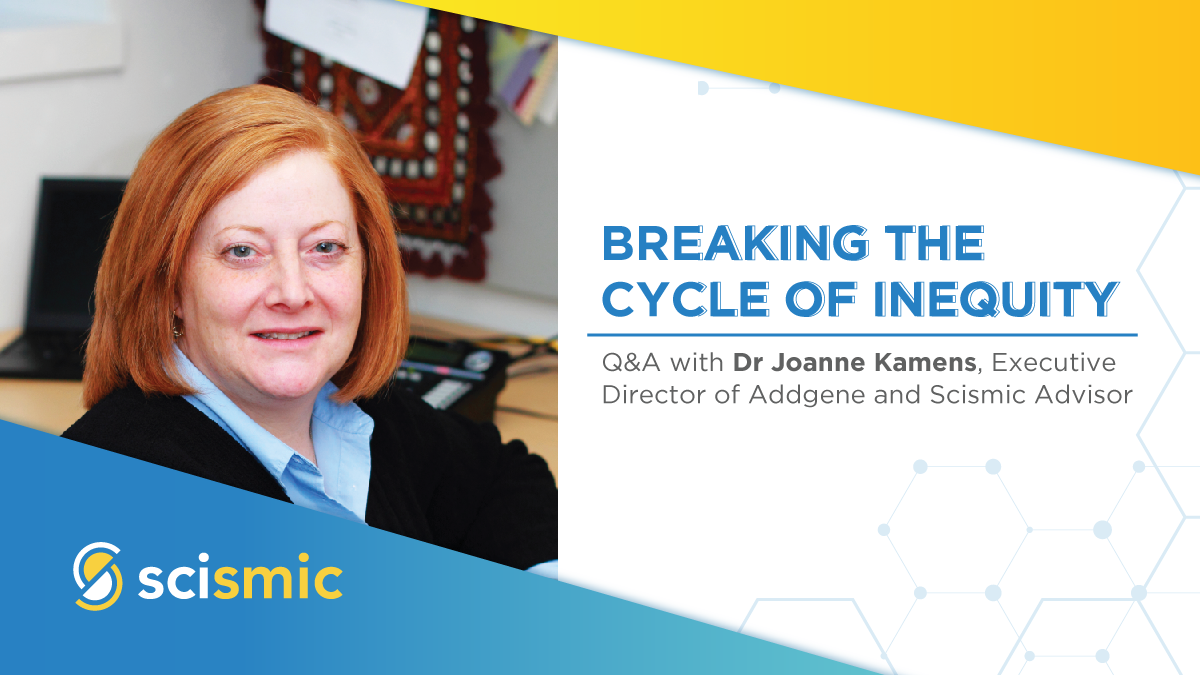 Today, Amazon banned the use of its facial recognition software by police because it misidentified Black people. Long after I started writing these comments, another Black man, George Floyd, was killed during an arrest procedure. 10 years ago the seniors at my children’s Jewish private school had a graduation party. The parents were away and there was drinking and pot at the party (I don’t know about other drugs). It was busted by the police and they called all the kids’ parents and had each one picked up and taken home. That’s all that happened to the kids. Last week a good friend of mine told me that if Black parents did a better job warning their kids about how they needed to act to be safe, it would be better for them. Last month I gave a webinar on implicit bias to over 200 people at a large pharma. One of the comments in the chat was “This is the most uncomfortable meeting I’ve ever been at.” I hope you see how all of these random facts are intimately linked. How can it not be a priority for every one of us?

2. Why is DEI a priority for the biotech industry?

Companies get things done because of great people. Innovation is all people. It’s not something you can automate. Studies show that people in the “outside” group are less effective at work and move to a new company faster (not to mention the toll it takes on them personally).  Turnover is expensive. High performance teams are more effective. Diversity and true inclusion can foster a culture that attracts, retains and spurs a team to great work and breakthroughs. Perhaps a really diverse team wouldn’t have made some stupid face recognition software that can only tell white people apart?

3. What is the biggest challenge you see leaders face in creating an inclusive organization?

Apparently it’s actually doing something about it and not just talk about how important it is. See below.

I’m done sitting on panels listening to leaders share platitudes about why diversity and inclusion are important. It’s impossible for an employee to take this stuff seriously when they have flat out been told by HR to “work things out” with their harasser or “they didn’t mean that” when someone says a racial slur in a meeting. Let’s start with the need for change as a given. I want to hear what actions you are taking and how your numbers have changed. Leaders need to lead this. If CEOs and other senior leaders are not fully engaged in driving change, nothing will happen in the ranks of an organization.

We integrate diversity, equity and inclusion into every one of our people processes - recruiting, hiring, promotion, compensation, events, programs and culture. I’ve been thinking about how to do this better pretty much every single day for over 15 years, not just at an occasional event or committee meeting. I think the Addgenies trust me and one another to tackle these difficult topics because of this focus and genuine effort.

5. What are actionable steps that a young biotech can adopt to make sure they are proactive about diverse hiring methods and setting up an inclusive work environment?

Scismic was created by scientists to foster innovation in the life sciences by connecting scientists' skills with the jobs that most need them. Our talent matching platform for the sciences uses a specialized matching algorithm that targets scientific candidates 5X more accurately than general job boards, so your company can bring the right talent in quickly and move therapies to the clinic faster. Learn more about us here.

4 Tips to Hire in the Competitive Biotech Market

Biotech companies have consistently ranked finding and attracting talent as one of their top concerns in recent years.
3 weeks ago
For Employers

It's All About You: Considering Yourself in Your Job Search

A job search is full of multiple considerations:
2 months ago
For Job Seekers

Taking Control of Your Job Search

Last month, Scismic hosted an event on maintaining resilience during your job search. We discussed some of the major stressors job seekers face, including
5 months ago
For Job Seekers

Subscribe to the Scismic newsletter to get the latest tips on running your hiring and R&D processes efficiently.

Your session has expired! Click OK to reload the page.

Are you sure you want to DEACTIVATE your account?